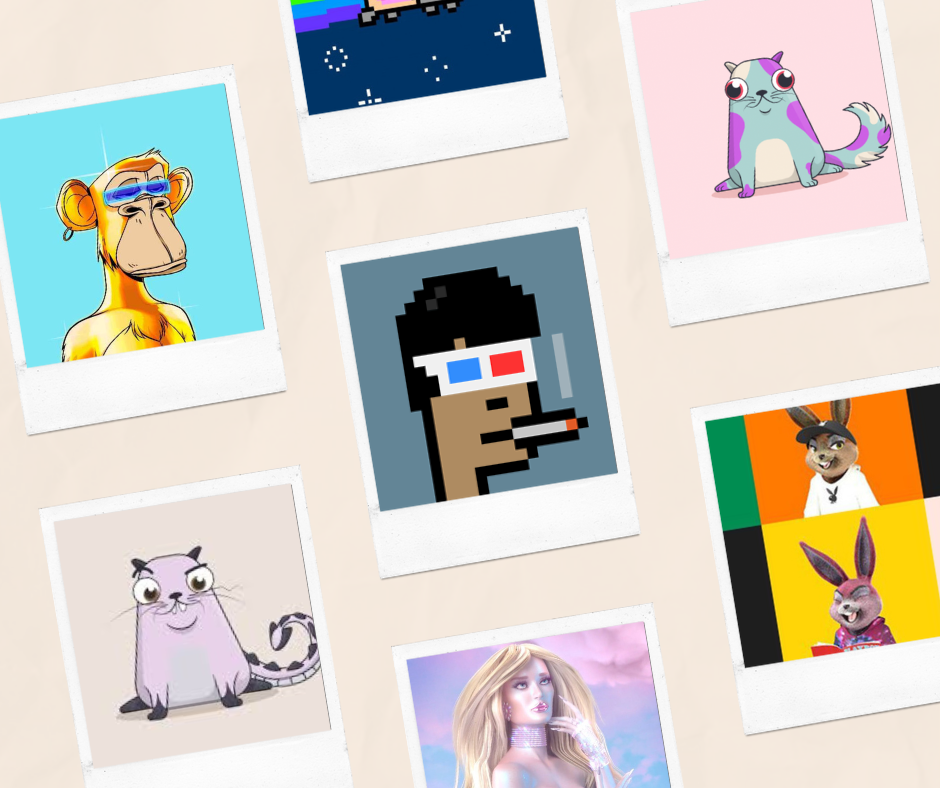 One of the top searches on Google this year was the term ‘NFT’.

Given the explosive growth in interest, we thought a blog post about the topic would be appropriate as we say goodbye to 2021 and hello to 2022.

First off, NFT stands for Non-Fungible Token. It essentially just means a unique item. Fungible’s definition is something that can be replaced or is interchangeable for something else. Think money—in ordinary business any $10 bill is fungible with another $10 bill, it could also be replaced with two $5s.

Of course, there are collectors of currency that seek out specific types of currency—1943 pennies, $2 bills, Confederate currency, etc and will pay more for it than its face value—but in general market operations currency of the same value are fungible. Token is just an umbrella term to encompass what the item could be—digital art, a deed, jpeg, etc. If you really wanted to you could call it ‘thingie’ and be correct.

Can you explain a token further?

Sure! Tokens, and ‘Tokenization’, the process of creating a token, should not be confused with encryption. Encryption uses a key and an algorithm to transform information (a=233, b=2321, 2=qqq, etc), so using that key, ABBA would be transformed into 23323212321233. Once the key and algorithm have been created, it can be applied to anything—letters, books, a sentence, deed, etc due to its high scalability. However, if you lack both the key and the algorithm it would be difficult to decrypt the information.

So, for example, an NFT of Steph Curry breaking the all-time 3-PT Throw record could have an identifier as 891289423STEPH, and another could be called APAS3991,X; The purpose of the vault is to store that connection between the string of characters with the asset. That also means scalability is low given a new, unique identifier must be assigned to each new asset and if that connection is lost, it could be incredibly difficult to retrieve the asset.

A system that requires members to expend a non-insignificant amount of computational power measured in hashrates—computational power/second—to solve mathematical puzzles to validate a transaction, with the validators awarded some amount of the coin. Generally, a set number of hashes must be computed for each transaction to be ‘validated’. As more people join the network, the hashrate and thus competition increases, which in turn increases security. Cryptocurrency miners are trying to turn a profit by having an efficient system that has a hashrate that consumes less electricity than the value of the awarded coin amount. Obviously, to maximize profits they want many machines with the highest hashrate on that efficient frontier to make the most money they can per period.

Proof of Stake (PoS) system: this system allows people who ‘stake’ their coins, i.e lock-up their coins in a network for some time, the chance to validate a transaction with each transaction needing to be validated by multiple validators. Like PoWs, validators of the PoS are awarded some amount of coin for their effort. For Ethereum, you must stake at least 32 coins to be a ‘validator’ which currently puts the minimum staked amount to become a validator at ~$130k. Each block must be verified by a minimum of 130 randomly selected validators. Organizations such as exchanges can pool user coins (provided the users accept) to hit these minimums and validate blocks with awarded coins being distributed pro-rata. Validators caught trying to falsify the blockchain ledger will lose their staked coins. This system is generally more energy-efficient than PoW systems.

What makes an NFT unique?

NFTs are tokenized on a blockchain, usually, Ethereum, which will contain all pertinent information such as the owner, any transactions, previous owners, potentially the creator, as well as a link to the asset (which may point to the owner’s wallet). All of this is validated by the network. This has some great implications for other assets—homebuyers may recall all the documents and hurdles throughout the home-buying process; now all of those could be easily stored in one place on a blockchain and provide potential buyers, and sellers a history of the property, transactions, perhaps any information regarding liens that are placed on the house, etc.

Generally, this would simplify and speed up many processes and increase the number of people validating a sale from a couple of entities—say the buyer, seller in a simple transaction, or buyer, seller, escrow entity, bank(s), plus any lawyers present for a home sale, to a whole network of entities across the world, it would take seconds, and be readily available for anyone to verify or lookup.

How Safe are NFTs?

Given the decentralized nature of established blockchains like Bitcoin and Ethereum, it is incredibly difficult to hack and have things stolen. This is because it would, in the case of PoW systems, take at least 51% of all the blockchain’s hash rate (computing power) to take over the ledger at any point in time. A decent mining rig, like Bitmain’s Antminer S19, retailing for $12,000, has a maximum hashrate of 95 TH/s, meaning it can solve up to (but probably less than) 95 trillion hash per second. According to blockchain.com, the whole Bitcoin network has a hashrate between 100-180 million TH/s. Doing some back-of-the-napkin math would mean you would need about ~530,000-950,000 of those mining rigs for you to maybe take over the ledger at a point in time. It would only cost [KH1] about $6.3B – $11.4B to get the opportunity to alter the ledger, and that’s assuming someone doesn’t catch you trying to alter a block, and when you’re not running your rigs, correct the offending transactions. Don’t even get me started about the cost of storage as well as electricity to run and keep cool those rigs.

Similarly, for PoS on Ethereum, you need a minimum of 32 coins to stake, with a minimum of 130 validators per block. Assuming a value of $4k for an Ethereum coin you would need at least $17M staked to get a chance of being able to rewrite the ledger, which doesn’t sound like much. However, it is incredibly difficult in practice because the odds that all 130 of the validators of a single block of the blockchain coming from the would-be hacker’s account is low. According to Consensys.net, as of September 2021 number of individual validators on Ethereum’s network is over 220,000. The odds that all 130 validators chosen at random coming from a hacker’s pool of accounts would be (130/220,000)!, i.e 130/220,000 x 129/219,999 x 128/219,998, etc. You have better odds of both winning the lottery and being struck by lightning.

This does not mean that your account can’t be hacked. If your crypto account has an easy password that a hacker can guess they could hack your account and transfer your assets to their account. The blockchain network would validate that transaction making it ‘legal’. That shouldn’t come as any surprise—if you have the best safe on the market, put a bunch of cash in it, and make the code 1234, it isn’t all that great of a safe, just an expensive one. Moreover, if someone took that money you’re most likely up a creek without a paddle.

Have Bitcoin or Ethereum’s blockchains been hacked?

It should be noted, neither Bitcoin nor Ethereum has had their blockchain hacked, but custodians have been targeted and hacked. An analogy I would draw is that of a bank heist—it’s the bank and its customers who had deposited at that bank that had their goods were stolen, not the US government whose money was the target. Similarly, when Bitmark got hacked and $150M worth of cryptocurrency was stolen, it was from people who had accounts with that exchange/custodian who was robbed because that custodian’s (or bank in the heist analogy) security was poor. Just like a bank, ideally, the custodian has all their assets insured. However, unlike banks, there is no regulation stipulating that a crypto exchange/custodian insures their assets against theft. The bright side is that because the ledger is transparent and public on the exchange, it isn’t impossible to recover cryptocurrency that was ransomed, though for a private citizen you might need a Sherlock Holmes / JJ Gittes to help out and ‘convince’ the ne’er do wells to return their ill-gotten goods.

People have also taken their crypto off custodians and held them in an encrypted wallet offline (like a USB or external hard drive), which is referred to as ‘cold storage. While they are safe from hackers, they are still susceptible to good ‘ole fashion robbery. They are also in danger of people forgetting the password—famously a man had 7002 bitcoins on an encrypted wallet and forgot the password to unlock it.

Are NFTs worth the price?

I have no idea. What would you pay for a Monet painting or some rare/collectible merchandise? It is all in the value of the beholder and how big the market might be for that specific asset. Various pieces from Monet’s Water Lilies series have sold for $20-80M over the last 18 months. A mint condition Michael Jordan Fleer Rookie card sold for $740k at Goldin Auctions this year. A signed Black Lotus card (arguably the rarest card in Magic the Gathering) sold for $500k this year. A first edition, first printing signed copy (in Elvish no less) of The Hobbit sold for over $250k a few years ago. A supposed lock of George Washington’s hair sold for $40k at auction. Finally, and hopefully not beating a dead horse, Kanye West’s APC collaboration white T-shirt modestly priced at $120 per t-shirt (with Kanye’s name and the clothing line APC silkscreened on the inside of the collar) sold out.

My responses to the above items in an order are; Monet: I’ll just buy a poster, Jordan: poster, Black Lotus: Pass, The Hobbit: I wish I was rich enough that $250k would be a casual spend, GW hair: Pass, ‘Ye White T-Shirt: I’ll buy a 6-pack of white T-shirts at Walmart for $15, and maybe if I’m feeling frisky I’ll ask one of my artist friends to silkscreen Kanye’s name on the inside and buy them a decent bottle of wine in exchange. Those responses might not align with yours and maybe you would buy the MJ card or a Monet painting, and that’s where markets form. The same applies to NFTs. It boils down to what value do you place on owning an original?

You gave too much detail; can you explain it in a more general way?

Not sure if I can, but SNL did a music video that does a solid job. 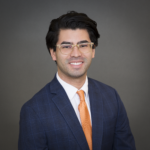 Posted in Learn With Us